In a beehive, tens of thousands of tiny animals work toward a common goal: the survival of the colony. But what is life like for an individual honeybee? A Bee’s Diary tells that story. Scientists are learning that each bee in a hive is an individual, with its own personality. Some are timid, some are brave. Some like it hot, others don’t. Some are smart, and some not so much.

generation, and a young forager who grows as the colony expands – the film reveals the secrets of a bee’s life from a completely new perspective. Through an alpine spring and summer, the film follows two star bees as they tend to their colony, forage, scout, get lost and fight off invaders – each with her own unique style and personality. The stunning Bavarian Alps form the backdrop, while macro photography and cinematic graphics bring a bee’s story life, capturing the beauty of her world, the decisions she makes and the drama that comes with being a bee. 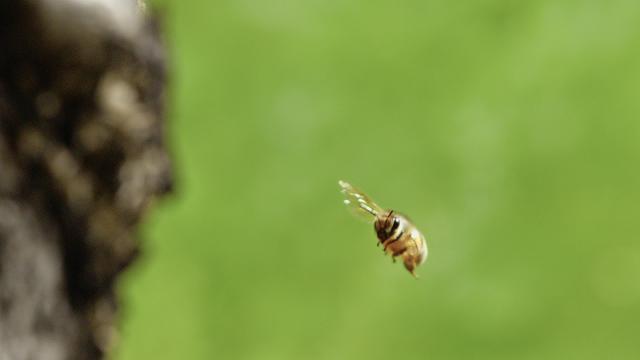